I wanted to take a minute to write a thank you note expressing my joy with guiding me on my journey. Back in January when I finally took inventory of my “self” and realized I need to change, I was able to do so. I was mentally in the game and at that starting point it is the strongest thing you need to have. I lost a lot of weight quickly (by eating 1000 calories a day). In doing such a venture I lost a lot of muscle which was new to me. I usually always carried around a strong stature from working outdoors digging for a living but time caught up to me with a meniscus tear, frequent cortisone shots, foot surgery and then a bad but reversible heart issue.


Over the past couple years, I fell out of the exercise game and showed. I started to get the looks of “what happened to you” and “you got the dad bod now”. I realized I also started to avoid mirrors and offered to take the family pictures instead of being in them. My confidence was down, my presentation of myself was horrible – clothes just aren’t made for a xxl tall, or pants in 42/34, or at least its hard to look good in them. When you had your contest and chose me as the winner, I wasn’t sure what to expect. I have always been around the gym and knew how to do a lot of exercises. I considered myself well versed in that area, and eating healthy as well. After speaking with you several times, you created my plan of nutrition and exercise specifically for me. You being an internet based trainer with Facebook qualifications, I was skeptical. I wasn’t sure how to obtain references on your credibility. So to do so, I took what you gave me and looked up the why - the why on everything. From the v-ups to the smith machine bent over row. I studied the slow digesting carbs and the fast digesting. I looked at why you didn’t include foods I thought were good. I was impressed in so many ways that I had to check a little of my chauvinistic pride.


The plan was great! First of all it was built around an affordable grocery list that combined all ingredients into different meal plans, which helped in keeping the grocery budget down, and saving space in a refrigerator I share with a wife and 3 kids. Second, it was built in stages, working some core and supporting muscles to strengthen my base before working on more specific muscle groups. The timing of the workouts were great as to really develop an area but not to get bored with repetition. Your involvement through the process was great, sometimes telling me what I didn’t want to hear (gaining in midsection!) but then adjusting our plan to rectify that situation. In the end, I would definitely refer you to those looking for a direction, and to those who think they have it figured out but might be stuck.


I saw the online post for Transformation Tuesday and apologize for all the “haters” that chimed in. Be sure to look at the good comments and good hearted people that can tell a reverse image in a mirror. People are so quick to call Photoshop in hopes they convince themselves that this type of change is not possible and in some way that excused them from trying. Take gratification in the ones that might have joined a gym because of you, and perhaps my story as well. I again thank you for giving me a chance and I look forward to a continued relationship. I will be sending some more photos soon! 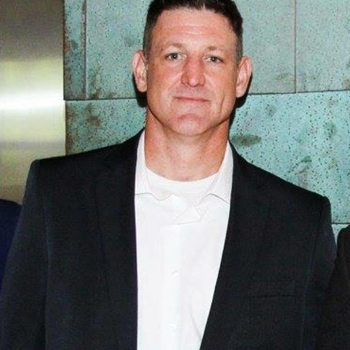 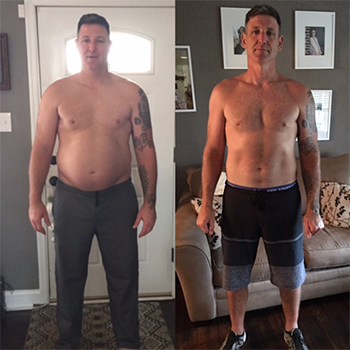 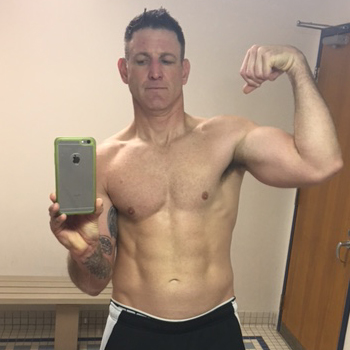