Originally, I was born in New York but grew up mostly in Boston. From a young age, I was always motivated, getting involved in activities, such as cheerleading, track, extra-curricular groups, modeling, singing and working an after-school job. These experiences contributed to the foundation of my athletic pursuit by teaching me continuous lessons of perseverance, resilience and time-management.

I attended a highly scholastically, socially and athletically competitive Catholic high school; so it was quite common to be challenged by unexpected life changes. In order to obtain my goals, I quickly learned to develop my focus and strive for excellence in situations where I needed improvement.

A decision to broaden my horizons and embark on new challenges led me across the country to Las Vegas, Nevada. During this time I was heavily focused on music and succeeded in releasing my single, “Never Going To Cry Again” on iTunes through all of the attention I had garnered. Working in the music industry led to many new opportunities in the entertainment business, allowing my career in the figure and bikini industry to come to fruition. My desire to compete was ignited after entering my first figure show. This encouraged me to enter two more shows including the prestigious Junior Nationals, where I was awarded my Pro Figure card in the I.F.B.B. From there I took the stage with vengeance and competed in five Pro Figure shows in one year, as well as crossing over to the new division Pro Bikini.

By 2011, I was competing in my first Pro Bikini competition, where I garnished a 6th place win. I went on to capture my first Olympia qualification and my first Pro Bikini championship at the Houston Pro and re-qualified for my second Olympia taking the stage with my best look to date. The following year I was invited to the illustrious Arnold Classic International, the Phoenix Pro - where I seized another top five finish.

Around 2013, after my second Olympia, I took a venture to the WWE in pursuit of becoming a WWE NXT Diva. After relocating to Orlando, Florida to train at their developmental division, after 5 months I made the tough decision to take time off of my career and start a family.

In January of 2016, I added a new title of "Mom" to my name which has made me the happiest and proudest in my life. I became a mother to a beautiful baby girl! Caring for her has broadened my health horizons, inspires me as I continue my pursuit of excellence.

My hard work has open doors and my perseverance keeps those doors open. My journey has been rewarded with sponsors, television commercials, magazine covers, billboards, online appearances and competitive accolades. I feel very fortunate to fulfill such a positive role in the fitness community, and will continue to strive for new heights within the fitness industry.

I've just moved to Chicago, Illinois to start the next chapter of my life assisting others on their paths to healthy living. I'm excited for the fitness journies ahead and the opportunity to share my knowledge as well as experience. Thanks again for stopping by and feel free to drop me a line!

WHAT ARE YOUR FITNESS GOALS?

I want to challenge myself to always deliver my best while assisting others with performing at theirs. I aspire to encourage people to achieve all their fitness goals by presenting them with an opportunity to live longer more fulfilled live through better health and well-being.

Much to my surprise, I gained 50lbs after having Isabella! From clearly looking at my postpartum pictures, I can see that it was not all baby weight. I now had nasty cellulite and fat in unwanted areas. Looking in the mirror led to feelings of intense frustration and at times, I even started to doubt whether I would be able to get rid of the excess weight completely.

Despite being elated beyond belief about the birth of my baby girl, the dissatisfaction with my reflection made it difficult for me to enjoy the things around me. These feelings fueled my determination to get back in shape. Resolve has shaped my transformation and is a true testament of sheer diligence. 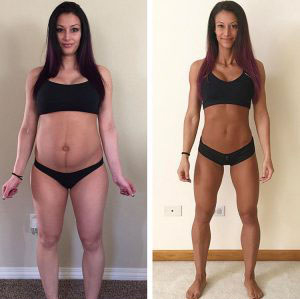 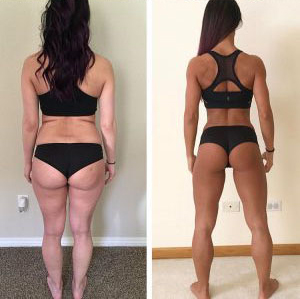